A crack team of cleaning experts has been put in place to make Southampton’s streets a cleaner place.

GO! Southampton has joined forces with Southampton City Council to create a new street cleaning team in a bid to make the city an even more inviting place to live, work and visit.

The team goes above and beyond the levels of cleaning normally undertaken by councils, meaning certain issues that previously wouldn’t have been tackled are now being fixed. The project has been made possible by funding from both GO! Southampton and the city council.

Among the additional tasks undertaken by the team are graffiti removal and the hot-washing of doorways and street furniture. Already the team has completed an impressive 1,147 cleaning tasks in the city centre.

Rachel House from allbeauty in Bedford Place, said: “This is such a great service to benefit the city centre, and Bedford Place in particular. The team did a great job of cleaning our tiled step and our customers and clients certainly notice the difference!”

Giles Semper, Chief Executive of GO! Southampton, the city’s BID (Business Improvement District) which works to make improvements to the city centre, says the work is important in supporting local businesses and the economy.

“We know from speaking to BID levy payers that having a clean city is very important to them. Their customers don’t want to spend time in a high street that’s dirty, so it’s crucial to make sure Southampton is ship-shape to welcome visitors – and keep them coming back. We have already seen real results on the ground and hope it’ll encourage more people to return to the city, spending money locally as they do.”

Southampton City Council’s Cabinet Member for Transport and Public Realm, Councillor Jacqui Rayment said: “This partnership approach with the BID is resulting in some fantastic outcomes for Southampton. The deep cleaning of areas that need special attention are helping to create an improved and far more pleasing environment to live in, work and visit. This newly created street cleaning team is really helping the existing council services to tackle these problems.”

The street cleaning team, made up of James Battle, Tyrone Wedge, Robert Missen and Martin Cuthbertson, are out in Southampton every day. They use special equipment to remove graffiti and other mess that’s reported by city centre businesses through a special portal.

To find out more about the team visit www.gosouthampton.co.uk

GO! Southampton is the Business Improvement District (BID) for the city. Funded and led by local business, it exists to implement improvements to the city centre with the long-term goal of realising Southampton’s potential as a world-class city.

Southampton’s BID is home to 650 levy payers, stretching from Bedford Place in the north down to the waterfront, Commercial Road in the west to Southampton Solent University in the east.

More images of the street cleaning team in action are available. Contact Laura on the details below for high res jpegs 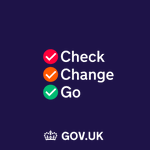