Go Southampton Announces Return of Seaside in the Square

Southampton City Centre is set to be awash with seaside fun this summer, as Seaside in the Square returns due to popular demand.

GO! Southampton has announced the return of the event, which last year saw Guildhall Square transformed into an ‘urban beach’ where visitors could grab a rum cocktail, chill out in deck chairs and even play a spot of volleyball.

This year’s Seaside in the Square will run from July 19 until August 11 and sees the return of many popular elements from the inaugural event, as well as some new additions. Among the activities on offer are:

The event will be free to attend and open every day from early morning to late evening. It’s hoped that it will help benefit the local business community and economy as it brings thousands of people to Guildhall Square.

Giles Semper from GO! Southampton said: “The inaugural event last year was such a success that we just had to bring it back. It didn’t just bring footfall and new visitors to the area, it created a completely unique summer experience for those who live and work in the city, something we’ve never had before.

“Events like this achieve so many of GO! Southampton’s objectives and we’re very excited about the many economic and social benefits this year’s event will bring.”

Last year more than 100,000 people visited Seaside in the Square. If the same numbers attended this year and even just half of them stayed on to eat dinner in a local restaurant afterwards their visit it would equate to a £1m boost for the city.

GO! Southampton is already working with its 634 members in the city, which include shops, restaurants and other businesses, to promote engagement with the event and help them reap the economic benefits Seaside in the Square will bring.

It’s not just businesses and consumers who will benefit from the event either; this year Seaside in the Square will have an official community partner in the form of the YMCA. The charity, which is currently celebrating its 175th anniversary, will have a presence at the event and promote how people can live happier, healthier lives.

Chris Hand, YMCA’s Chief Executive said: “Everybody loves going to the beach, and that includes us! YMCA is the natural community partner for this project and we will be working closely with all theagencies involved to help make this the best summer ever in Southampton.”

More information about Seaside in the Square is set to be released in coming weeks. For the latest updates visit www.seasideinthesquare.com

To find out about partnership opportunities with the event contact Gemma Nichols by emailing gemma.nichols@gosouthampton.co.uk. 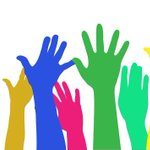