Hampshire Chamber of Commerce and the city centre Business Improvement District, GO! Southampton, to work closer together on economic priorities.

Directors of the two business-led organisations have signed a memorandum setting out how they will strengthen co-operation on behalf of their respective members.

The pair will meet regularly with senior police representatives to reflect what businesses are saying on such issues and take forward agreed actions.

To promote wider economic development and help address the skills gaps facing many employers, the Chamber and BID will work together to promote business support, link companies with education providers, commission research and organise networking and information-sharing events.

They will also work jointly on policy responses and campaigns to help ensure the views of Southampton businesses are heard loud and clear by local, regional and national politicians and decision makers.

To support this activity, BID-nominated business owners will join two influential Chamber groups, one focused on Southampton business strategy and the other on transport and planning issues.

GO! Southampton Chief Executive Giles Semper said: “The effort to create the BID in 2016 was led by the Chamber and we share a strong common interest in promoting the prosperity of Southampton. So it makes sense all round to formalise a co-operative working relationship.”

Hampshire Chamber  Executive Chairman Ross McNally said: “BIDs enable businesses in specific local communities to focus on matters that mean the most to them. As part of our countywide remit across Hampshire, we work ‘on the ground’ everywhere. Formalising our arrangements for more joint working with GO! Southampton is a natural move in what is one of our major city centres.”

GO! Southampton’s membership extends to more than 600 levy payers in an area stretching from Bedford Place in the north down to the waterfront, Commercial Road in the west to Southampton Solent University in the east.

Among its achievements in 2018, the BID promoted the Seaside in the Square and Comedy Central Live events. Its City Rangers team also directed more than 12,200 visitors towards BID members and helped deal with more than 1,000 environmental and cleansing issues to keep the city centre looking attractive.

Media enquiries on this news release to Scott Sinclair in the Hampshire Chamber press office on 07500 796666, scott.sinclair@deepsouthmedia.co.uk or @deepsouthmedia.

We have set up a virtual meeting with the Council to discuss the challenges in relation to the AP8 - Night Time Economy policy and its impacts on city centre businesses this Friday 22 Jan, 1pm. If you would like to join please email Rebecca at rebecca.handley@gosouthampton.co.uk 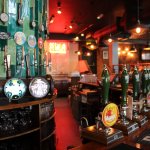