GO! Southampton Succeeds in Bringing Comedy Central to the City

Comedy Central UK has announced that it will bring a brand new three-day stand-up and experiential festival to the centre of Southampton.  Taking place in Hoglands Park on 5, 6 and 7 October, Comedy Central Live will see Jimmy Carr, Russell Howard and Katherine Ryan headline across the weekend.

Visitors to the festival will also be able to watch live versions of the hit Comedy Central shows Roast Battle, Your Face or Mine and Drunk History and take on the ultimate Takeshi’s Castle inflatable obstacle course (one of the biggest in the world).

The festival is the first of its kind in the UK and is taking place exclusively in Southampton; it is the direct result of work by the team at GO! Southampton Business Improvement District (BID) and seeks both to raise the profile of the city as an events destination, and to bring new business to city centre shops, bars, restaurants and other attractions. The event will benefit from massive coverage on the Comedy Central TV channel as well as Channel 5 and MTV.

“We are always looking for new ways to connect with our loyal audiences, so it only made sense for Comedy Central to launch one of the biggest Comedy festivals the UK has ever seen.  We will be offering all our favourite stand up acts as well as live versions of our best shows including Your Face or Mine and Drunk History along with a chance to bounce on Takeshi’s Castle, the world’s largest inflatable TV pop-up!”

The Comedy Central-themed experiential area will include iconic comedy attractions from South Park and Joel and Nish Vs The World.  Visitors will also be able to watch some of their favourite comedians belt out classic musical hits in live stage show ‘A Musical’. Drag Super Group ‘Denim’ will host an alternative all-day party at the festival.

Go! Southampton will also be organising a fringe festival in the lead-up to Comedy Central Live! This will take place in a variety of city-centre venues and open air locations and is designed to get everybody in the mood for the main event.

“We are delighted to be supporting Comedy Central to bring their inaugural Comedy Central Live event to Southampton.  This is just the kind of high-profile event that the city deserves to attract, and we expect our work in getting it here to translate into direct economic impact for city centre businesses. We look forward to assessing this impact after the event with a view to attracting and holding more similar events in the future.”

Tickets go on sale Wednesday 27th June at 10am.

For more information and to buy tickets, go to: www.comedycentral.co.uk/CCLive

Notes to the Editors:

GO! Southampton is the Business Improvement District (BID) for Southampton City Centre. Funded and led by local business, the BID is using its 5-year term to implement a range of initiatives that will create a greater city entre experience, deliver better marketing and events and develop stronger business.  Working in partnership with local stakeholders, the BID’s ultimate aim is to realise Southampton’s potential as a world-class city, which will in turn benefit residents, visitors and the businesses that fund it.

Comedy Central is a leading Pay TV General Entertainment channel and is part of Viacom International Media Networks (VIMN). A joint venture between VIMN (75%) and BSkyB (25%), Comedy Central airs on the Sky and Virgin Media platforms. Comedy Central launched in the UK in April 2009 and has since grown share by a phenomenal +41%. In Fiscal 2017 (Oct 16 to Sept 17). The Comedy Central Group averaged a share of 2.20%, up +8% YoY and proved the highest year ever for share.

The channel broadcasts a mix of hit US acquisitions and original UK productions targeting a 16-34 year-old audience. Fiscal 2017 saw the Comedy Central Group deliver its highest share ever, which saw the main Comedy Central channel’s share up +10% and Comedy Central Extra up +3%

This phenomenal growth is fuelled by new UK Commissions Your Face or Mine, Roast Battle (which has proved to be the highest UK commission ever for the channel), Russell Howard and Mum: USA Road Trip, Drunk History and The Chris Ramsey Show. US titles Impractical Jokers, Bob’s Burgers and The Middle also continue to draw in massive number and  popular nostalgic titles such as Friends and 8 Simple Rules are still a ratings hit. 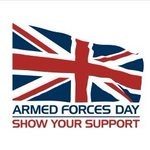