Southampton votes YES for the BID

Businesses in Southampton city centre have voted strongly in favour for a Business Improvement District. Southampton now joins 250 other places, throughout the UK, which have already seen their own BIDs transform their town and city centres. The Southampton BID, which was named GO! Southampton, will be one of the largest in the country.

The result was announced today (2pm on November 4th) following a month long postal ballot when the owners of the 634 business premises in the BID area voted 58% in favour. The turnout was 40%. They have voted for a 1.5% levy on their business rates, which will raise around £1m per year to be used to support business growth initiatives in the city centre.

For Southampton it’s the culmination of 18 months’ work for the business representatives on the BID Steering Group, who put together the case tested in this ballot. GO! Southampton, which will be a business led not-for-profit company to run the BID, will now start next April and deliver over £5m plus of investment over the next five years.

The BID will focus on three main areas, which have been developed with in depth business input:-

The Southampton city centre BID will be inclusive and have an associate member scheme for businesses outside the actual BID area. In addition, the BID company will link up with Culture Southampton, the Safe City Partnership, the Cruise Forum and many other bodies as well as working closely with Business South, the Hampshire Chamber of Commerce and the city’s two universities.

The BID area covers Bedford Place in the north to Town Quay and Mayflower Park in the south to Mayflower Theatre in the west to Southampton Solent University in the east.

Brad Roynon, chairman of the Steering Group, said: “It’s a unique opportunity for city centre businesses which have endorsed their vision so positively. I have no doubt the BID will make a real difference and help business growth. After five years, the BID Company will resubmit itself to another ballot to seek another mandate for the next five years and I’m confident this will be the case – as has already happened in most other BIDs, after the first five year period.”

Mr Roynon said the BID would not have happened without a huge amount of support from a variety of organisations: “While it’s important to say this is absolutely a totally independent initiative for businesses by businesses, our thanks also go to Hampshire Chamber and Southampton City Council for creating the opportunity and supporting the initiative with finance and resource.”

“Also thanks go to all members of the Steering Group who have given so much of their time and effort and thanks to our advisers – The Means, who have guided the process throughout.”

Looking to the next six months, Tim Keeping, Vice Chair of GO! Southampton and General Manager at The Marlands Shopping Centre added: “There is now much work to do by the Steering Group. The aim will be to get the BID off to a running start in April and to keep city centre businesses informed throughout. As such, one of our first priorities is to develop excellent communications with businesses and key partners, including a new web site, and at the same time we want to invite businesses to join the three Theme Groups, which will oversee delivery of the BID’s twelve objectives. Suffice to say we’re very much looking forward to the formal launch next April.” 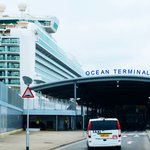 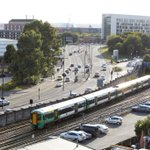 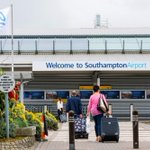